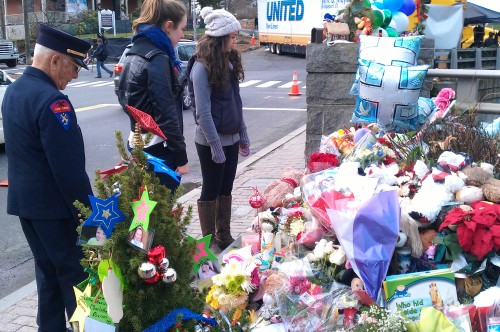 Editor’s Note: Tom Soboleski of Ivoryton, Conn., submitted a powerful op-ed to LymeLine.com after the Sandy Hook massacre. We published ‘Proposed Path to a Safer Society’ on Dec. 20, 2012. In light of yesterday’s tragic events in Uvalde, Texas, Soboleski contacted us yesterday to ask if we would consider re-publishing it and we immediately agreed. He has added a new introduction.

Are We a Civilized Country?

Ten years ago I wrote the following in reaction Connecticut’s own incomprehensible nightmare.

Nothing has changed. We’ve become numb and routinely tolerate the slaughter of innocents. I stand by every word.

Sandy Hook School is an earthquake that shakes the soul of human decency. My response:
I acknowledge the right to have a hunting rifle and a pistol for self-defense. The right to self-defense is a root of liberty. Equally important is a coincident right of people who choose not to own a gun: the right to live in a safe and secure society.
This right is an indisputable expectation.
While I realize this is an ideal that will be difficult to fulfill, we must, for the sake of human decency, respect, and compassion, strive to create such a society. To not strive for this goal is disrespectful and inconsiderate to all people who want to live in peace.
My proposal to create an environment that begins to lead our society down this path is as follows:
1. A gun is not sporting equipment. To equate a gun to sports is akin to saying it is no different than a tennis racquet or basketball. This is an insult to humanity. There is no comparison because their designed purposes are so different – fun and games versus a killing implement.
2. Any weapon that is capable of firing multiple rounds in rapid succession should be outlawed to anyone other than military, law enforcement or security personnel. No one in a civil society should have such a weapon, for its sole designed purpose is to kill. For hunting and self-defense, there should be no need for anything more than a single-shot pistol or rifle.
3. Any weapon that uses multiple round magazines or any type of device that loads more than six bullets at a time should be outlawed. Reasons stated in item 2.
4. Anyone caught in possession or ownership of these outlawed weapons and ammunition would be in violation of the law and should be punished with extensive community service or imprisonment.
5. Anyone who currently owns such weapons described in item 2 should be paid to turn them in. They should not be grandfathered.
6. Extensive background checks should apply to 100% of sales in any form for the purchase of legal pistols and rifles.
7. A permit is required to fish. A permit should be required to purchase ammunition.
8. Internet sale of any weapon and ammunition should be illegal.
I urge everyone with a strong opinion on this subject to voice their opinion to their representatives and senators. Time is of the essence. Do not let this moment and these memories fade.