Olwen was born and raised in London, England, by a family entrenched in the teaching profession.

Never one to toe the line, she announced her intention to follow in her great-grandfather’s footsteps and run a newspaper. Thomas Fletcher had been the editor of one of England’s former national newspapers, “The Daily Chronicle.”

Rapidly and firmly advised by her father (a high school principal) that such a choice was not “appropriate”, Olwen entered the world of efficiency analysis and subsequently rose through various companies to become a senior financial and operational audit manger at the multi-national soft-tissue giant, Kimberly-Clark.

After the birth of her first child, she left to form her own management consultancy, based in Canterbury, England, which specialized in Public Relations.

After moving to the US courtesy of her husband’s employer and spending a productive four years (two more children) in Terre Haute, Ind., Olwen then moved to Old Lyme, Conn., in 1994.

Having worked for several years as a Staff Writer covering Westbrook for the Main Street News in Essex, Conn. (and added a fourth child), she is now thrilled to be pursuing the career of which she always dreamed … though not in a medium that she ever imagined.

She now lives in Kensington, Md. but still covers Lyme and Old Lyme with the same commitment as when she lived there. On that note, despite having relocated, she is thrilled to report that LymeLine.com was runner-up in the Solopreneur category in a national contest organized by Local Independent Online News (LION) Publishers in 2020 . 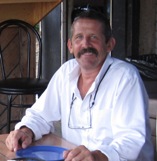 Born and raised in London, England. Nigel has a Ph.D. in Biochemistry & Nutrition and has worked in veterinary medicine R&D for the past 25 years with Pfizer Animal Health. Nigel has been involved in the technical aspects of the Shoreline Web News publications since the creation of LymeLine.com in 2003.

Now retired from Pfizer, Nigel is the editor and publisher of ValleyNewsNow.com  and technical director for Shoreline Web News LLC.
Contact Nigel at shorelinewebnews@gmail.com

Kevin writes occasional movie reviews in his column titled, The Movie Man. Though no longer a resident of Lyme, Kevin knows he can never sever his roots to the tree of his identity. When not attending to his job in Boston, he is committed to ensuring a better grasp of current (and past) releases of cinema to his home community as he strives to leave his own mark in the same field that has always been his guide to understanding life.

If you enjoy his published reviews here on LymeLine.com, follow him on his new website at ‘The City of Cinema‘ and read more of his unique insights into entertainment.

Tom writes a regular column titled A View From My Porch, which is a commentary on local and not-so-local people and happenings, often with an historical bent. His entire adult career has been in healthcare. He’ will sit on the Navy side at the Army/Navy football game. He always sit on the crimson side at any Harvard/Yale contest. He enjoys reading historic speeches and considers himself a scholar of the period from FDR through JFK.
A child of AM Radio, he probably knows the lyrics of every rock and roll or folk song published since 1960. He hopes these experiences give readers a sense of what he believes “qualify” him to write this column.

Maureen Haseley-Jones writes a monthly gardening column titled Gardening Tips from The English Lady. She is a member of a family of renowned horticultural artisans, whose landscaping heritage dates back to the 17th century. She is one of the founders, together with her son Ian, of, ‘The English Lady Landscape and Home Company.’ Maureen and Ian are landscape designers and garden experts, who believe that everyone deserves to live in an eco-conscious environment and enjoy the pleasure that it brings.
Maureen learned her design skills from both her mother and grandmother, and honed her horticultural and construction skills while working in the family nursery and landscape business in the U.K. Her formal horticultural training was undertaken at the Royal Botanic Gardens at Kew in Surrey.
Contact Maureen at maureenhaseleyjones@gmail.com.

Felix Kloman writes a monthly book review titled Reading Uncertainly? He is a sailor, rower, husband, father, grandfather, retired management consultant and, above all, a curious reader and writer. He’s explored how we as human beings and organizations respond to ever-present uncertainty in two books, ‘Mumpsimus Revisited’ (2005) and ‘The Fantods of Risk’ (2008).
A 20-year resident of Lyme, Conn., he now writes book reviews, mostly of non-fiction, a subject which explores our minds, our behavior, our politics and our history. But he does throw in a novel here and there.
For more than 50 years, he’s put together the 17 syllables that comprise haiku, the traditional Japanese poetry, and now serves as the self-appointed “poet laureate” of Ashlawn Farm Coffee, where he may be seen on Friday mornings.
His late wife, Ann, was also a writer, but of mystery novels, all of which begin in a village in midcoast Maine, strangely reminiscent of the town she and her husband visited every summer.

John writes our Senior Moments column. He is a veteran writer and journalist, who prior to his move to Morro Bay, Calif., lived in Deep River, Conn. His award-winning columns and articles were previously published in the ‘Main Street News’. He is the author of two books, “Around the World at 75. Alone! Dammit!” and “Asia in 80 Days. Oops, 83! Dammit!” He completed his service as a Peace Corps Volunteer in Ukraine in early 2010 after a 27-month tour of duty. He was the oldest Peace Corps Volunteer ever to serve. John always welcomes comments on his articles.
Contact John at johnguylaplante@yahoo.com

Nicole Prévost Logan writes an occasional Letter From Paris. She divides her time between Essex and Paris, spending summers in the former and winters in the latter. She writes a regular column for us from her Paris home where her topics will include politics, economy, social unrest — mostly in France — but also in other European countries. She also covers a variety of art exhibits and the performing arts in Europe. Logan is the author of ‘Forever on the Road: A Franco-American Family’s Thirty Years in the Foreign Service,’ an autobiography of her life as the wife of an overseas diplomat, who lived in 10 foreign countries on three continents. Her experiences during her foreign service life included being in Lebanon when civil war erupted, excavating a medieval city in Moscow and spending a week under house arrest in Guinea.

Lee White writes a weekly cooking column titled A la Carte. She has been writing about restaurants and cooking since 1976 and has been extensively published in the Worcester (Mass.) Magazine, The Day, Norwich Bulletin, and Hartford Courant. She currently writes Nibbles and a cooking column called A La Carte for LymeLine.com and the Shore Publishing and the Times newspapers, both of which are owned by The Day. She was a resident of Old Lyme for many years, but now lives in Groton, Conn.
Contact Lee at

A lifelong resident of Essex, Charlie is a graduate of Valley Regional High School and the University of Connecticut at Storrs with a BA degree in History. Charlie has covered various Middlesex County towns for two daily newspapers over the past 30 years.
Charlie worked for the Middletown Press from 1979 to 1995, covering Haddam and Killingworth and later Middletown city hall and schools. He worked for the Hartford Courant from 1997 through the summer of 2010, covering Chester, Deep River, Essex and Killingworth for the past decade. He will continue his detailed coverage of the Valley Shore towns (Chester, Deep River and Essex) for ValleyNewsNow.com.
Charlie lives in the Ivoryton section of Essex.
Contact Charles at stannardcharles@yahoo.com