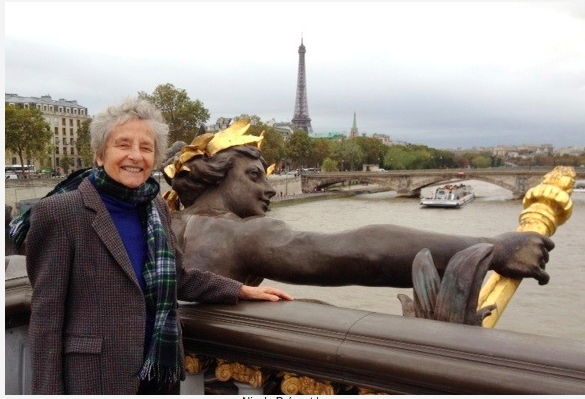 “Order, Order!” barked John Bercow, Speaker of the House of Commons before announcing the results of the third-time-around vote on Theresa May’s Brexit “deal” .  “The ayes to the right 286, the noes to the left 344,  the left have it.”

It was that fateful day, March 29 – chosen by the Prime Minister as the deadline to decide on the “divorce” of the United Kingdom (UK) from the European Union (EU).  The masterful and funny Speaker was able to control his troops and even to provoke laughter, telling one Member of Parliament (MP), “Get a grip, man, do yoga, it will be beneficial to you.”

In retrospect, not much progress had been made to resolve the Brexit issue on the British side since the June 23, 2016 referendum. It seemed that the government was taking its time and fantasizing about the legal elbow room it actually had to make decisions. (See my previous articles published on 3/5/2016; 4/6/2017 and 12/29/18)

Action in the House of Commons started really in earnest on Nov. 15, 2018 when Theresa May’s original deal was voted down. A second vote on the same motion, and a third with almost identical text were also rejected by the MPs. By drawing red lines, the tenacious but inflexible Prime Minister made it hard for herself to negotiate.

During the winter months, the parliament at Westminster offered the world a spectacle of one “decisive week” after another with votes ending in an inability to reach a majority. By March 14, Theresa May had lost her voice and the headlines in the press read “Game over.”

On the eve of the March 29 deadline, the situation turned surrealistic with two superimposed pictures (to use the words of Le Monde special envoy to London) of a vote on May’s deal and eight others on alternative proposals the MPs had organized on their own.  In a dramatic gesture, Theresa May used her last joker – stepping down from office – in case her deal was supported.

The Prime Minister described the situation as “the end of a process” with the MPs having said no to everything : to the deal, to the absence of a deal, to Brexit, to Article 50 itself, to the eight separate proposals. In the face of this total collapse of a possible way out of this impasse, Donald Tusk, European Council President announced an extraordinary summit in Brussels on April 10.

A surprising amount of information and live coverage is now appearing on the French media,  shedding a new light on Brexit.

One report showed to what extent the public opinion was in fact manipulated.  More than 80 percent of the British press was hostile to Europe and contained “fake news” items.  The “Brexiteers” promised that the Commonwealth would save the UK. The famous red bus of Boris Johnson traveled throughout the country, displaying the number of 350 million pounds sterling ($455 million) in giant letters . That is the amount “BoJo” (Boris Johnson’s nickname) claimed that the UK is sending the EU every week instead of using it to fund the National Health Service (NHS).

A Canada-based web site called AggregateiQ, created by Dominic Cummings, utilized private data collected from social networks and used it to “microtarget” individuals with “dark ads.” The “Vote Leave” site used a strategy comparable to that used by Cambridge Analytica, a company heavily implicated in the 2016 US election manipulation.

Other reports helped better understand why re-establishing a border between the two Irelands was a visceral impossibility. The Good Friday agreement in 1998 brought peace back but the catholic and protestant communities in Belfast, are still separated.

In this fragile context, the Irish people fear that a 300-mile external border with the EU would jeopardize the hard-won peace agreement. Trying to solve the problem of a border is an attempt at squaring a circle. The only solution might be a border at the bottom of the Irish Sea.  The backstop which allows the border to remain open until a final treaty is signed, is only a temporary solution.

It was not until the 11th hour – or less than one week before the March 29 deadline – that a significant turn occurred in London.  Prime Minister May entered into talks with Jeremy Corbyn, leader of the Labour party, in spite of their sharp disagreements.  It was such a breakthrough that the Chancellor of the Exchequer Philip Hammond declared on April 5, “the threat of the UK crashing out of the Union is heavily diminished.”  The Conservative party began to lean toward a “soft Brexit” and the possibility of the UK remaining in the Custom Union.

During all these months, the Europeans showed a consensual unity.  Their only caveat being that another delay would have to be justified by a clear plan such as general elections or a second referendum.  Their patience though began to wear out by early April as some divergences of opinion emerged.

The priority for Angela Merkel is to avoid a no deal Brexit and she will bend over backwards to make that happen.   Although sharing many views with the UK in economy or trade, Mark Rutte, Prime Minister of the Netherlands, confirmed his alignment with the collective position.

The “flextension” of one year suggested by Donald Tusk, President of the European Council, might not appeal to everybody. President Macron and EU Commissioner Juncker sound tougher on more delays. However, Macron reaffirmed on April 1, that he will stand by the decision made by Brussels and will not use his veto.

The repeated postponements requested by Prime Minister May (April 12, May 23, June 30) forced the MPs to cancel their Easter recess. Much more serious, is the imbroglio caused by the colliding of the Brexit discussions with the European elections scheduled to take place May 26.

This long saga turned rather nasty when Tory MP Jacob Rees-Mogg, ultra Brexiteer, tweeted on April 5, “Let us stay [in Europe] and this way we will be able to damage the Union from the inside and oppose our veto on any Brussels decision”.

And so, the suspense goes on.  During these final hours, the two Houses of Parliament are scrambling to find a solution and seem to agree that a no-deal Brexit is unacceptable.  The Europeans do not want to push the UK out of the Union.

Chances are that the outcome will be Britain remaining in the Custom union, an à la carte solution, which was almost obvious from the beginning.  The British should take heart.  It only took 22 years for Norway to establish relations with the EU through the European Economic Area (EEA), and 29 years for Canada to negotiate with Europe through the Comprehensive Economic and Trade Agreement (CETA)!

Since all the thorny issues – the City, fishing , citizens’ rights, Gibraltar, etc – are included in the 27 pages of the non legally-binding Political Declarations, a  second part of Article 50 (in other words, swept under the rug ) will have to be negotiated later . Brexit will continue to haunt both the divided British opinion and also Europe .

Some may think it is the UK’s vocation is to be independent from Europe and turned toward the rest of the world.  It certainly seems British people consider EU membership a straight-jacket. Interestingly, these are the same reasons General Charles de Gaulle gave persistently more than 50 years ago as to why he was against the original entry of Britain into the European Economic Community (EEC).