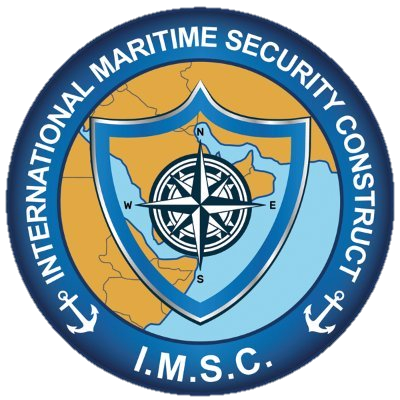 I reported a few “Views” ago that my son had landed in Bahrain on an extended mission with the United States (US) Navy. Brendan is attached to the International Maritime Security Construct (IMSC). This is a multinational consortium that was established to provide order and security for trade and shipping in the Arabian Gulf region of the Middle East, with particular focus on global oil supply routes.

This essay describes the critical activities of the IMSC. I also review the status of petroleum imports and exports by the US and consider the global energy implications of Russia’s hostile separation from the West.

This “View” might also serve as a briefing paper for friends and family, who may be concerned that Brendan’s career has again taken him to what, for his parents, is the equivalent of Patrick O’Brian’s “Far Side of the World”.

Note that I use the term “Arabian Gulf” in this essay rather than “Persian Gulf”.

The Arabian Gulf countries are collectively the world’s largest exporter of fossil fuels — they account for more than 30 percent of global crude oil production and nearly half of global reserves.

About a third of the world’s liquefied natural gas and almost a quarter of total global oil consumption is shipped in tankers through the Strait of Hormuz, which lies between the Arabian Gulf and the Gulf of Oman and provides the only sea passage to the open ocean.

Consequently, the strait has become one of the world’s most strategically important international trade routes and a “choke point” for the global energy economy, where free passage can be restricted or significantly impeded by a hostile adversary.

Contemporary Maritime Piracy and the Origins of the IMSC:

Piracy is the plundering, hijacking, or detention of a ship on the “high seas,” i.e., beyond the 12 nautical miles limit for “territorial waters”; and thus in international waters.

Tom Hanks, pictured left, introduced us to modern-day piracy in the movie, “Captain Phillips,” the story of the 2009 hijacking of the US-flagged MV Maersk Alabama by Somali pirates while en route to Mombasa, Kenya with a humanitarian shipment of nearly 5000 metric tons of food aid and relief supplies for Kenya, Uganda, and Somalia.

The incident was the first successful pirate seizure of a ship registered under the US flag since the Second Barbary War in 1815, which occurred during the administration of James Madison. However, it was the sixth vessel in a week to be attacked by Somali pirates, who had already extorted tens of millions of dollars in ransoms — and which, almost predictably, fueled more attacks.

In the summer of 2019, Norwegian and Japanese tankers were attacked, and a British tanker, the “Stena Impero”, was seized by Iranian naval forces near the Strait of Hormuz.

Within months, the IMSC was formally launched to enable a more effective and better organized response to such attacks, and to provide large scale support to existing efforts to deter and counter threats to navigation and trade in the Arabian Gulf region. 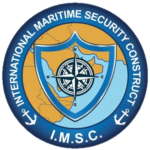 The IMSC patrols the waters of the Arabian Gulf, the Gulfs of Oman and Aden, and the Southern Red Sea through its operational arm, CTF Sentinel.

Member nations provide ships and personnel. However, the US is the predominant contributor to CTF fleet operations.

In addition, the US Coast Guard maintains a squadron of four Fast Response Cutters and one Island Class Patrol Boat. The latter was originally deployed to the region in 2003 in support of President Bush’s “Operation Iraqi Freedom,” but is now a permanent presence in the CTF fleet and accountable for drug interdiction.

The CTF is charged with protecting all merchant shipping owned, operated, or flagged by the nine member nations.

According to the IMSC website, the CTF fleet, supported by significant reconnaissance and intelligence resources, enables the IMSC to target and engage “state-sponsored malign maritime activity.”

The center of operations for CTF Sentinel is “Naval Support Activity Bahrain” (NSAB), which is one of the military bases operated by the US Navy (USN) outside of the United States. NSAB is a “co-base,” in that it is run by the USN, but under the authority, laws, and regulations of Bahrain. As home to Naval Forces Central Command and the Fifth Fleet, NSAB plays a key role in Middle East Naval operations.

Note that those imports do not represent our total domestic consumption. Much of the imported crude oil is refined into petroleum products that are then exported. At present, the top five destinations for our refined petroleum products are India, South Korea, Canada, the Netherlands, and China.

Total US crude oil imports have shrunk by nearly 60 percent since 2017.

Finally, the Department of Energy predicts that petroleum and natural gas will remain the most-consumed sources of energy in the US through 2050, and that renewable energy (i.e., energy produced from sources like the sun and wind that are naturally replenished) will likely grow significantly.

Russian President Vladimir Putin’s war in Ukraine has significant potential to disrupt Western energy supplies. At present, both Germany and Italy import around one-half of their respective natural gas from Russia, while France obtains about a quarter of its supply from Russia.

Japan is the world’s second-largest importer of liquefied natural gas after China, which took the lead last year. Japan imports about 10 percent its total natural gas from Russia, with the remainder provided by Australia, Malaysia, and increasingly, the US.

Russia now claims that the punitive economic sanctions imposed on it by the West after the Ukraine invasion are responsible for its imposition of an indefinite halt to natural gas supplies through Europe’s main pipeline.

The international energy import and export system is very complicated and fraught with risk. The Department of Energy recently reported that diesel and heating oil supplies in the Northeast are more than 50 percent below recent averages, raising concerns that an extreme weather event could cause supply disruptions.

Fuel supplies are lower than normal across the country for several reasons, including the war in Ukraine, which upset supply chains and raised much greater concern regarding the adequacy of global energy supplies.

As a result of the ban on Russian imports, President Biden is reconsidering the 2019 decision by the Trump administration to ban the importation of Venezuelan crude oil, which was imposed shortly after President Nicholas Maduro won reelection in an electoral process that was widely viewed as fraudulent.

Let me leave you with this reminder of an important international holiday, which has just occurred. Talk Like a Pirate Day, which was founded in Oregon in 1995, is commemorated every year on Sept. 19. Brendan has the opportunity to be schooled by experts and it will be a pleasure to accompany him to a celebration in the US in 2023. My treat!

Editor’s Note: i) The photo above of Tom Hanks posing for a photo after a dinner hosted by U.S. Secretary of State John Kerry at the U.S. Department of State in Washington, D.C., was taken on December 6, 2014. [State Department photo/ Public Domain]

ii) This is the opinion of Thomas D. Gotowka.

About the author: Tom Gotowka is a resident of Old Lyme, whose entire adult career has been in healthcare. He will sit on the Navy side at the Army/Navy football game. He always sit on the crimson side at any Harvard/Yale contest. He enjoys reading historic speeches and considers himself a scholar of the period from FDR through JFK. A child of AM Radio, he probably knows the lyrics of every rock and roll or folk song published since 1960. He hopes these experiences give readers a sense of what he believes “qualify” him to write this column.