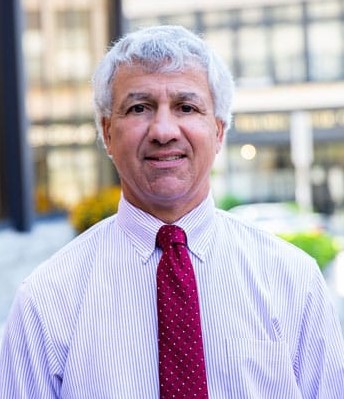 NEW LONDON, CONN. — Suisman Shapiro Attorneys-at-Law have announced that James P. Berryman and John A. Collins III have been named to 2023 Best Lawyers in America®. Both attorneys live in Old Lyme, and Suisman Shapiro serves as the Town of Old Lyme’s Attorney.

Atty. Berryman focuses on Workers’ Compensation Law on behalf of Claimants and Atty. Collins specializes in Personal Injury Litigation on behalf of Plaintiffs.

Since it was first published in 1983, Best Lawyers has become universally regarded as the definitive guide to legal excellence.

“Best Lawyers was founded more than 40 years ago to recognize the exceptional accomplishments of top legal professionals,” says Best Lawyers CEO Phil Greer. “We are proud to continue to present the most respected, unbiased legal awards worldwide.”

Best Lawyers has earned the respect of the profession, the media and the public as the most reliable, unbiased source of legal referrals. Its first international list was published in 2006 and since then has grown to provide lists in over 75 countries. For the 2023 edition of The Best Lawyers in America, more than 12.2 million votes were analyzed to identify the top legal talent, as identified by their peers.

Lawyers on The Best Lawyers in America list are divided by geographic region and practice areas. They are reviewed by their peers based on professional expertise and undergo an authentication process to make sure they are in current practice and in good standing.

Apart from Berryman and Collins, four additional Suisman Shapiro attorneys were named to the 2023 The Best Lawyers in America®  list:

Additionally, Kyle J. Zrenda was recognized in Best Lawyers: Ones to Watch in America® , which recognizes associates and other lawyers who are earlier in their careers for their outstanding professional excellence in private practice in the United States

Editor’s Notes: i) Suisman Shapiro is the largest law firm in eastern Connecticut, providing residents and businesses from New Haven to Providence with a full range of legal services.  The firm was established more than 75 years ago and is firmly rooted in the community. For more information visit suismanshapiro.com or call (800) 499-0145.

ii) This article is based in part on a press release issued by Suisman Shapiro Attprneys-at-Law.