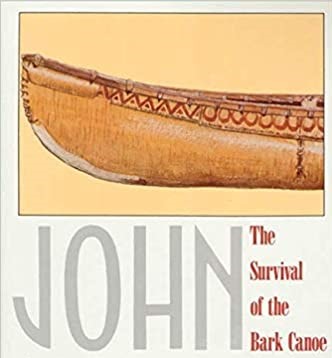 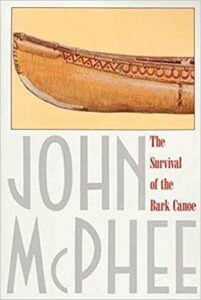 John McPhee, the ever-curious observer, listener, and recorder, has written and published some 30 books, exploring almost every facet of human existence. I’ve just re-read one of his earliest, and best, from 1975, an ode to, of all things, the canoe.

Attracted to the water at an early age, he confesses “the canoe … is the most beautifully simple of all vehicles.” So it is natural that he is attracted to Henri Vaillancourt, a New Hampshireman with Nova Scotian blood, a builder of birchbark canoes, for a mid-life story (McPhee was 44 when he wrote this book.)

McPhee introduces himself, establishes a connection and persuades Vaillancourt to join three of his friends for a lengthy excursion in the far north of Maine’s lakes and rivers. This is the story of that trip.

It begins with no-see-ums, those pestilent creatures that sneak through almost any screening. And as they paddle north, we learn almost everything there is to learn about bark canoes.

What is a wulegessis? It’s a “flap of bark that forms a deck over the bow (or the stern) and extends a short way down the sides of the canoe.” But this is an essential piece of knowledge if you are building your own birchbark canoe, assuming you have the time, energy, and patience!

McPhee recounts the conversations, frictions, stories and favorite words of this group (“bummer” is Henri’s normal), even while diverting to history: how the native Americans developed the “vehicle”, and the story of Thoreau’s similar trip to Maine a century earlier.

He lets the reader know that it is indeed possible to travel in a canoe from New York City to Alaska, and down the Yukon, to the Bering Sea (with, perhaps, a few portages …)

And we learn a few new word meanings: “to frog it” is to manhandle a canoe through shallow, rushing water, standing on its side. And how five men manage their “acute propinquity” during several weeks in the wilderness? Their “continued sense of motions, the clear possession of a course to follow, the sense of journey” bring them all closer together.” Plus the loons forever laughing at them …

The end? They finally reach the conclusion of their travel, disappointed that they have seen not one moose, predicted at their start. Then, as they are driving south, they are forced to the side of the dirt road to let a moose rush by, going north, pursued by a huge truck.

John McPhee is now 90. I eagerly await his next set of musings.

Editor’s Note: ‘The Survival of the Bark Canoe’ by John McPhee is published by Farrar, Straus, Giroux, New York, 1975.