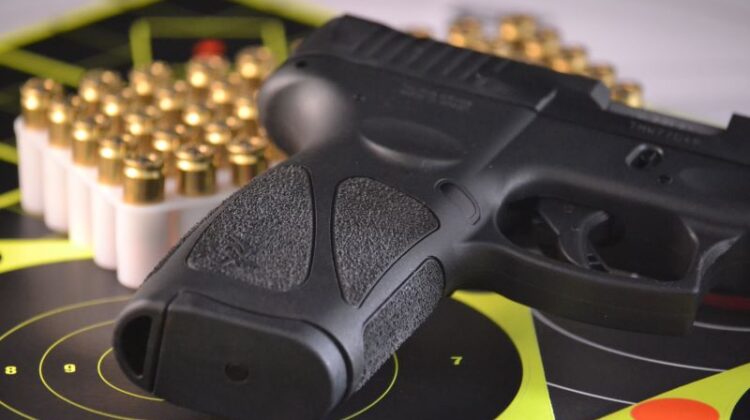 Editor’s Note: We received this opinion piece from a reader in England.

I’m not sure how welcome a contribution from overseas will be. After all, criticism from outside can tend to overlook shortcoming closer to home. But the so-called “gun culture” of the USA (which I’m certain doesn’t affect the whole population) is one of the consistent puzzles that baffles us on this side of ‘the pond.’

Owning a gun for hunting, or for shooting at the range in a rifle club, seems perfectly normal – although, in reality, what proportion of gun owners actually do use their firearms for this purpose?

And how many just buy a gun because they “want one”? And is it really so that some members of the public actually own a gun for supposed self defense? At home? Or do they actually take it out with them? I suspect this idea astonishes non-Americans more than anything

The question we in the rest of the world always ask is “Why do they need a gun at all?”

Or “why do they believe they need a gun?” What it is about this owning a lethal weapon, or a whole arsenal of them?

We never seem to get any answers – not sane ones anyway.

In my entire life (I’m British incidentally and almost 72, having always lived in England), I’ve never met a single person who owned a firearm – and as far as I can see, that’s perfectly normal outside the US.

Presumably this would be unlikely in the US, with 400M guns in circulation? But that’s well over one each for every man, woman, child and baby! I read last week that 42% of American households own a gun. I thought it a misprint. No! 4.2% surely? Or 0.42%?

That is simply jaw-dropping. Impossible, surely?

Doubtless every possible reason is being thrown about in your country at the moment for the reason(s) behind America’s incomprehensible “gun culture.”

Are we really being asked to believe that a constitutional clause drawn up in the 1770s – intended to apply to 1770s life and conditions – is still trotted out as a reason for this madness?

Overall, I suspect it’s the general standard of education in the US that’s at fault in the long term. (Not with fine universities but with the ordinary education across the board). With any reasonably-educated person, the penny would soon drop.

Of course, it’s hardly the fault of the poorly-educated that they are so. But if educational standards were raised right across the board, the worst of the problem would disappear – in time.

Every gun shop would eventually go out of business. The very notion of an accessible gun shop in a main street or shopping center (sorry, mall) is utterly unknown in most of the civilized world. It needs a very, very long-term goal. And that’s got to be education I think.

Until then, the gun culture will ensure mass murder continues indefinitely in America. The terribly sad certainty is that there are little school children who play, laugh and learn at school today, who will shortly be riddled with bullets.

The very idea of having to “protect” or “secure” a school is lunacy! Policemen actually allocated to a school? What??

There’s no point at all in trying to keep guns only in the hands of the sane and away from the mentally ill. In any other country in the world, the acquisition of guns by the public would simply be considered utterly insane anyway.

It’s your business, not ours, but your friends over here are long past scratching their heads. We tend to tap them knowingly now.

After four years as a rogue state, the rest of the world had looked forward to America catching up with civilization again, but every time absolutely nothing – nothing! – is done after these senseless tragedies, we begin to wonder. Unfortunately, the expression one hears about the US again and again these days is “backward” or “third world.”

Yet it needn’t be so, surely?

Written not in anger or even as criticism – just so sadly.