A Cannes Film Festival turned virtual,  the Roland Garros tennis tournament and Tour de France bicycle race both postponed until September?  France will definitely not be the same this  summer!

Tourism and culture are two of the main sectors of French economy and the pandemic has inflicted a direct blow on both of them.  Hundreds of festivals, sport events, art shows, plays, and concerts or activities linked to historical monuments had to be drastically reduced, presented behind closed doors, or totally cancelled, putting hundreds of thousands of people out of work .

But you would not think there is a virus going around when you see the way the French behave.

In Paris, restaurants and bistros spread their terraces across the sidewalks and into the streets.  They mark their space with bushes and flower beds.  Beach umbrellas add color to the scene.  Taking advantage of the warm weather, Parisians hang out outside.

Away from the cities, the French have been seeking  the calm of the countryside, enjoying family gatherings and organizing barbecues with  friends .

Young people could barely wait for the end of the lockdown to have fun in Paris … to huddle on the banks of the Seine or the Canal St Martin, to congregate in open spaces and dance into the night, or to flock to discotheques.  Meanwhile, St Tropez, down on the Riviera coast in the far south of the country, became a particularly hot spot.

People were reluctant to take the subways and, as a result, car traffic has surged.  Bicycles have taken over Paris.  It is likely that this trend will persist, virus or not.

Barely out of the lockdown, one thing was on everybody’s mind … the next vacation.  Every day the media tempted the viewers with sights of clear waters, beaches, and cool mountain trails.  This year the French seem to have rediscovered their own country and become the only tourists there.

It was to be expected that such behavior would have an impact on the evolution of the pandemic.  Clusters have multiplied throughout the country, which led to the specialists warning that the virus was still active.

But the present situation is quite different from what it was at the height of the crisis back in March and April.  The number of  deaths, or severe cases, being treated in the hospitals remains very low.  A general lockdown appears to be out of the question today.

Hospitals are better prepared and treatments made easier for the patients.  Masks and testing are more available.  Central government and local authorities adjust their policies to manage the pandemic in a more flexible way.  For instance, as of this week , Paris and several other large cities require masks to be worn outside in crowded areas.

From this overview of the pandemic in France, let us now change scenery and take a look at some highlights of life in France and Europe over these past months …

Every six years in France, the people are riveted by municipal elections. There are 36,000 communes in France headed by a maire assisted by a conseil municipal. The wide spectrum goes from the highly political Paris town hall, employing 40,000 people — Jacques Chirac headed that institution before becoming president of France — to the tiniest mairie.

The small village on the Dordogne, where one of my daughters lives, had been dormant for the past four decades with an unopposed maire at the wheel. This year however, things were different. The ballot took place in a heated atmosphere.  Participation was high. The scene was like a microcosm of French politics … and the maire was defeated.

In early July, Edouard Philippe stepped down as prime minister. A growing feeling of insecurity and violence has damaged the authority of the French executive. President Macron decided that a major reshuffle was required to bring new faces and methods and thus energize the government prior to the next presidential election.

Even a new voice was welcome. Jean Castex comes from the Pyrenées region and has a southern accent, which the French usually associate with vacations on the Mediterranean. Castex nevertheless is a product of the élite schools, a graduate of Ecole Nationale  d’Administration (ENA). As a high-ranking official, he has held key positions at the very center of power at the Elysée Palace.  He is an old pro — although he does not sound like one.

Over in Poland, Ardrzej Duda, leader of the conservative party Droit et Justice (PIS), was reelected as president on July 12.  The very small margin of his victory – 50.4 percent to 49.6 percent – suggests that it is only a question of time until a liberal, pro-European movement, possibly headed by Rafal Trzaskowski, defeats the authoritarian executive.

In Italy, meanwhile, after 14 months of the disastrous government of populist Matteo Salvini, Giuseppe Conte brought  appeasement as a centrist prime minister, who works well with Brussels.

At 5.30 a.m. on July 22, the 27 members of the European Union (EU) met  in response to a Franco-German initiative.  It was the longest summit in EU history.  Arduous negotiations produced an agreement to inject over $2 trillion into the economy and 360 billion in loans.

The recovery plan of the EU — labeled “Next Generation EU”– is ambitious.  At its core is  a  “Green Pact.”

The plan, which will be implemented gradually along with each year’s budget, includes support of the health system, innovation assistance to viable companies, aid to farmers and fishermen, and 100 billion to help pay for widespread partial unemployment.

Banking rules will be made more flexible to facilitate the borrowing by entrepreneurs.  Right now the European Central Bank (CBE) enjoys a high credit rating, which helps the borrowing process. Margrethe Verstager , Executive Vice President of the EU Commission, will promote a Digital Single Market.

Alstom — a French multinational company operating in rail  transport markets — bought the Canadian company Bombardier.  The merger will create a rival to the giant China Railway Construction  Corporation (CRCC). China is continuing to make inroads in Europe and just invested in Portugal’s trams.

Overall the numbers of the European economic recovery are impressive:  together Brussels plus the 27 EU national governments will inject 40,000 billion Euros into the economy — far more than the US or even China

The “frugals”– the Netherlands, Austria, Denmark, Sweden and Finland — fought tooth and nail against transfers of funds from the richer North to the South.  Dutch prime minister Mark Rutt stressed that the 750 billion Euros were not a blank check to weaker economies like Italy’s  — whose vertiginous debt is 240 percent of its GDP — but an investment plan to be controlled by Brussels.

Concessions had to be made.  The “frugals” received a rebate in their annual contribution to the European budget.  But the real beneficiaries are Poland and Hungary, who keep receiving money in spite of their frequent violation of the rule of law.

Recent developments show how fragile — but also resilient — the EU is.  Even the “Eurosceptics” do not want to let go of  their profitable membership in the “club .” But the real strength of the EU is that it constitutes a huge market, the largest trading block of the world.  The richer EU economies need the tariff-free Single Market.  Germany relies particularly on Lombardy  for its exports.  Maybe the EU should learn from  Alexander Hamilton who advocated the “mutualization” of the sovereign debts of the States to make the federation stronger?

And finally … on Aug. 21, Emmanuel Macron and Angela Merkel met at the medieval Fort de Brégançon, the summer residence of French presidents.  On this late summer day, they seemed to enjoy this picturesque spot on the Mediterranean  to meet for five working hours.  They reiterated the unity of their policy at this complicated time.

At unprecedented speed, France and Germany led the EU in its mediation to support the protests following the Belarus elections.  They also acted swiftly also in flying Alexei Novalny, who is in a coma, to a hospital in Germany for treatment of a possible poisoning by the Russian government. 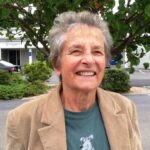