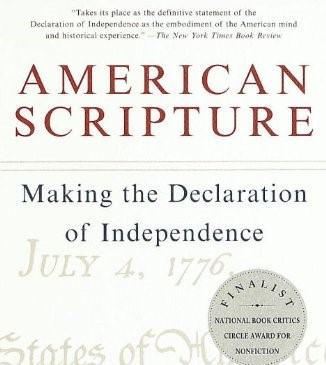 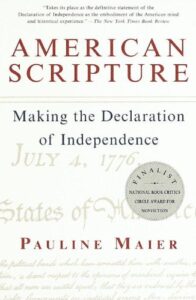 Have we over-sanctified the American past in the last 50 years? It may well be, argues Pauline Maier, a professor of history at MIT, in her now-classic analysis of the creation of our Declaration of Independence.

Three key documents epitomize the start of “these” United States: the Declaration, the Constitution, and its following initial amendments, the Bill of Rights. They are indeed worthwhile documents to study, but are they as perfect as we have been led to believe?

Professor Maier argues the Declaration was a product of “the grubby world of eighteenth-century politics,” with contributions from “a cast of thousands.” Its impetus came from a growing belief that monarchy and hereditary rule were “major constitutional errors.”

The simple distance from Great Britain had much to do with their dissatisfaction, too, coupled with insensitive colonial taxation.

She recalls the history that led to the Declaration. First came the English Declaration of Rights that permitted the nobility to restrain the monarch in 1689. But a short sequence of events in 1775 pushed the Continental Congress to action: the Battle of Lexington on April 18-19, 1775, the capture of Fort Ticonderoga by some out-of-control colonials on May 9, Bunker Hill on June 17, the British destruction of Falmouth (now Portland), Maine on Oct. 17, and a similar assault on Norfolk, Va., in January 1776.

As Professor Maier notes, “ . . . the society that adopted Independence was national to a remarkable extent considering that before 1764 the North American colonies had no connection with each other except through Britain.” After 1764 they expressed their “sense of shared grievances.”

While the prime movers of the rushed Declaration in Philadelphia were indeed Thomas Jefferson and his designated “committee,” including John Adams, Roger Sherman, and Thomas Pickering, and, belatedly, Benjamin Franklin, the author argues that many others contributed to its phraseology through prior words and documents, and indeed the Congress altered the Committee’s draft afterwards, before it was published.

It is a fascinating story, especially in that the Declaration seems to have been largely disregarded after it initial acceptance, only to become sanctified when the Federalists and Republicans tussled with each other in the 1820s.

And only more recently have we tried to deify both the words and its creators.

Professor Maier carefully dissects words, phrases, and their contributors, creating a convincing thesis that the Declaration was the work of hundreds, not a few, and that, as a “peculiar document,” it hardly deserves its later sanctification.

She concludes: “The symbolism is all wrong; it suggests a tradition locked in a glorious but dead past, reinforces the passive instincts of an anti-political age, and undercuts the acknowledgement and exercise of public responsibilities essential to the survival of the republic and its ideals.”

By all means read the Declaration, but let’s move on and deal with the present using all that we now know.

It is not “scripture.” 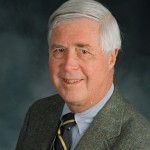