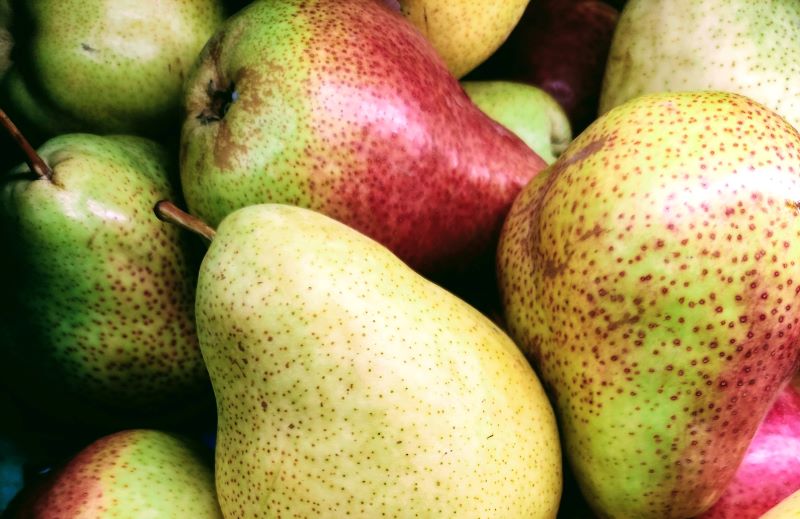 Editor’s Note: While Lee White is taking a short break, we are republishing some of her previous columns. This one is from September 2019.

Many years ago we moved from Massachusetts to Connecticut, having found an old house with land in Canterbury.That beautiful old house took years to make it gorgeous (thanks to my husband, who worked nights and weekends inside and outside that 1750 center-chimney colonial).

The kitchen barely existed when we moved in. It took months before the work was done. I washed dishes in the downstairs tub (I hated paper towels and plastic or paper glasses and cups even 25 year s ago).

I learned what I could make in a microwave (not much).

We were on a budget, so once a week, since I was writing restaurant reviews for The Day, the newspaper paid for us to eat pretty well.

There were few good restaurants within both our budget and 10 miles of our house. One restaurant in Willimantic, long gone and whose name I forgot, had for dessert a two-crust pear pie, the pears nestled in a soft, cream-cheese pillow.

I love pears and pies and autumn, but I never got that recipe. I would love if someone knew what that filling was, but here is a recipe I love.

The crust was Deb Jensen’s, who had a couple of incredibly good restaurants in Stonington until she died a few years ago. I have been using that recipe ever sense she shared it with me. The pear recipe I make with cinnamon or sometimes vanilla, since some people do not like cinnamon. 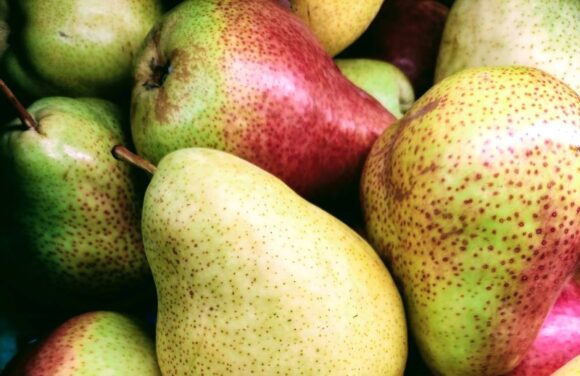 Makes enough for two, two-crust, nine-inch pies (what is not used can be frozen)

*My biggest problem with pie crust is the rolling out. I use a floured pastry cloth and a well-floured “mitten” on my rolling pin. When it’s the right size, I roll the crust up on my rolling pin and gently “roll it out” over the pie plate.

Preheat oven to 425 degrees and place a large sheet pan into the oven.

Toss the pears in a large bowl with lemon juice and allow to macerate for half an hour. Mix the flour, sugar and cinnamon (or vanilla),, then toss with the pears.

Add the pear mixture into the bottom crust, then dot with pieces of butter.

Add the second crust and crimp the edges. Use a knife to put a few vents onto the crust. I also place thin pieces of aluminum foil on the edges of the crust so they don’t blacken before the pie is ready.

Put the pie on the hot sheet pan for 15 minutes.

Then turn oven to 350 degrees, and cook until fruit is bubbling, about 45 minutes more. (I take the foil pieces off around 15 minutes for the pie is ready.