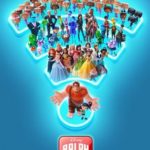 In this sequel to 2012’s Wreck it Ralph, the title character and his adorable best friend, Vanellope, venture beyond their familiar arcade community into the world of the Internet. And this depiction of the Internet is a tangible and personified version of the World Wide Web, akin to a thriving city with anthropological beings embodying many things with which we are … END_OF_DOCUMENT_TOKEN_TO_BE_REPLACED

It seems that the newest trend in film is to go from first screenings at movie theaters to permanent availability on Netflix, following the trend that TV shows have started. Originally, it was seen with popular, but not so artistically influential, stars such as Adam Sandler. But now iconic brothers Joel and Ethan Coen have followed through on this trend with the release of … END_OF_DOCUMENT_TOKEN_TO_BE_REPLACED 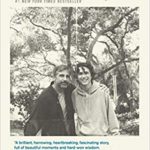 Editor's Note: We welcome Kevin Ganey back to LymeLine.com. We have missed his stimulating, thought-provoking, intensely personal reviews of movies and are thrilled he has returned Author's Note: It seems that in the last two years, I’ve fallen off the edge of the earth when it comes to keeping up with current films. In this time, I’ve skipped the Oscars, and have not even … END_OF_DOCUMENT_TOKEN_TO_BE_REPLACED 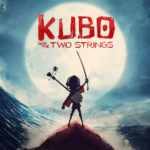 Truly, if you enjoy learning about ancient mythology, you will enjoy watching Kubo and the Two Strings, brought to you by Laika, the filmmakers behind Coraline and The Boxtrolls. With an all-star-studded cast that includes Charlize Theron, Matthew McConaughey, Ralph Fiennes, Rooney Mara, and Star Trek actor/turned social media personality George Takei, this stop-motion … END_OF_DOCUMENT_TOKEN_TO_BE_REPLACED

One would think that gathering together all of DC’s most memorable villains for a single movie would be appealing. After all, that’s how big-named stars such as Will Smith, Jared Leto, Viola Davis, and Margot Robbie were probably hooked on this project. Unfortunately, big names could not save a super-villain movie that lacked the type of lure that films in said genre should … END_OF_DOCUMENT_TOKEN_TO_BE_REPLACED 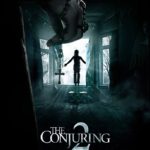 A little disclaimer: unless you like “jump” moments in movies, avoid The Conjuring 2 (there’s a lot of them). The sequel to the highly successful 2013 film, The Conjuring, tells the story of another paranormal case tackled by real-life demonologist couple, Ed and Lorraine Warren (Ed passed away in 2006, while Lorraine still lives in their family home in Monroe, Connecticut). … END_OF_DOCUMENT_TOKEN_TO_BE_REPLACED 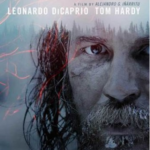 For the love of all that is good and holy in this world, give Leonardo DiCaprio his long-overdue Academy Award! This was all I was thinking as I sat through Alejandro González Iñárritu's new film, The Revenant. Apart from the infinite number of beautiful shots depicting the American West through virtually all climates, my attention was fixed on the memorable performance of … END_OF_DOCUMENT_TOKEN_TO_BE_REPLACED 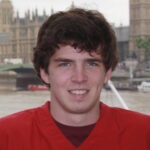 A long time ago in a galaxy far, far away … A young and ambitious filmmaker named George Lucas created Star Wars, which changed the face of the movie industry forever. Since its release in 1977, the Star Wars universe has expanded into other forms of media, such as books, video games, television, music, toys, and more. It spawned two sequels, which were received as well as … END_OF_DOCUMENT_TOKEN_TO_BE_REPLACED 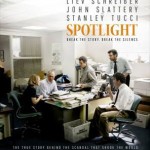 Tonight, I look back to a scandal that has rocked the institution that preserved Western Civilization in the Dark Ages, transformed hospitals, and, believe it or not, science. Thirteen years ago, the Boston Globe revealed a series of stories to the public, and many in the world began to distrust her. What I speak of is the Catholic Church, and the priest sex scandal. This is … END_OF_DOCUMENT_TOKEN_TO_BE_REPLACED 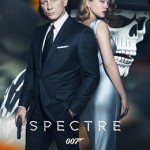 We're delighted to welcome a new writer to our fold today. Kevin Ganey joins us as our movie critic and will be submitting regular reviews of a variety of genres of movies. He has lived in the Lyme/Old Lyme area since he was three-years-old, attended Xavier High School in Middletown and recently graduated from Quinnipiac University with a degree in Media Studies. Prior to his … END_OF_DOCUMENT_TOKEN_TO_BE_REPLACED