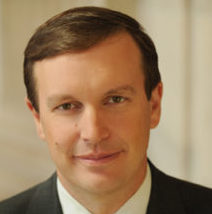 OLD LYME — It was one of the most hotly-contested local elections in the state, but not everyone’s ballot was counted.

U.S. Sen. Chris Murphy voted by absentee ballot in the Nov. 5 election, but his vote was not counted because — unbeknownst to the senator — his name had been moved to the inactive voter list.

Shortly after his election to the U.S. Senate …

Read the full article written by Christine Stuart and published Nov. 26 on CTNewsJunkie.com at this link.