OLD LYME — On Thursday, April 28, the Lyme-Old Lyme Lions Club will hold its monthly meeting and program at Memorial Town Hall, 52 Lyme St, in Old Lyme. The presenter will be Eric Parker, who is host of CT ’22, the state’s most watched public affairs program, which airs on Sunday mornings at 8:30 a.m. on WFSB Channel 3.

He will discuss “The Changing Face of Local TV News.”

The program is free and open to the public, and no registration is needed.

A social will be held at 6:30 p.m., followed by the program at 7 p.m. A business meeting for members is held at the conclusion of the program.

Parker is a local resident, and has a lengthy career in journalism, in addition to being an attorney. The industry has evolved in many ways during his 20 years in reporting. At the conclusion of the program, he will answer questions.

Parker previously co-anchored WFSB’s Eyewitness News This Morning for 10 years, and served as Chief Investigative Reporter for the Channel 3 I-Team.

LYME — On Monday, May 2, at 7 p.m. on Zoom, the Lyme Affordable Housing Commission (AHC) will host a virtual community meeting to introduce a draft of Lyme’s affordable housing plan.

Visit this link to review a draft of the proposed plan in advance of the meeting.

Under a state mandate (CGS Section 8-30j), every Connecticut municipality must prepare and adopt an affordable housing plan by June 1, 2022.

All residents of Lyme are encouraged to attend the online meeting and share their responses to the draft plan.  The Zoom link for the meeting is here. The passcode to use to enter the meeting is 411561.

At the community meeting, members of the AHC will present a draft of Lyme’s plan and discuss its various components including:

As background, residents may wish to review the following information:

This free Clinic will be open to members of the public irrespective of their hometown from 11 a.m. to 2 p.m. No appointment, insurance, or ID is necessary, but you are asked to bring your CDC vaccination card.

Only the Moderna vaccine will be available at this clinic for individuals 18 years or older who need a 1st or 2nd dose (primary series) or are eligible for a 1st or 2nd booster dose. 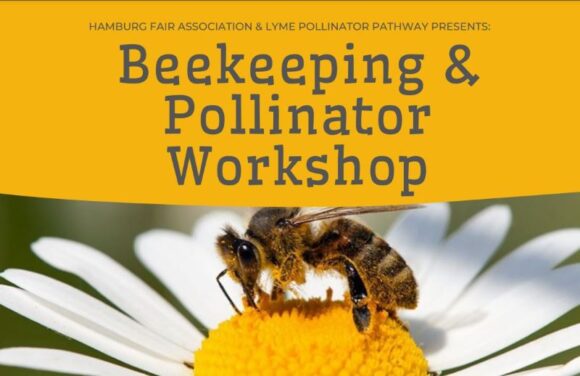 LYME — On Saturday, May 7, from 1 to 3 p.m., the Hamburg Fair and Lyme Pollinator Pathway hosts a presentation on all aspects of beekeeping.

The presentation will be held at the Lyme Grange Hall at Hamburg Fairgrounds and immediately follows the Lyme Grange Plant & Bake Sale, which takes place that morning at the same location from 9 a.m. through 12:30 p.m.

Steve Dinsmore, CT Beekeepers Association Past President, will be the speaker. 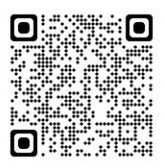 This program is free but advance registration is appreciated. Register at www.hamburgfair.org or scan the QR code at left.

The presentation is intended for flower enthusiasts, new and experienced beekeepers.

It will offer an opportunity to learn about beekeeping history, best practices, threats, and how you can create a bee-friendly environment in your yard.

REGISTRATION IS NOW CLOSED FOR THIS PROGRAM.

Create your own sunshine! We’ve planned an afternoon of springtime fun in the Community Room. 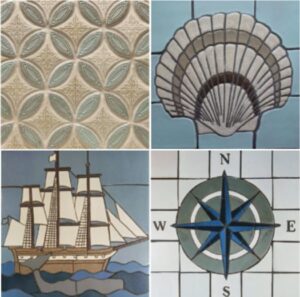 OLD LYME — The Old Lyme Historical Society Inc. (OLHSI) presents a talk on the History of Artisan Tiles, tomorrow, Thursday, May 12, at 7 p.m. at the Society’s building at 55 Lyme St. in Old Lyme.

The guest speaker will be Paul Halferty of Lilywork Artisan Tile.

All are welcome and admission is free.

This is the first in a series of speaker events sponsored by the OLHSI.

For more information about the OLHSI, visit the Society’s website.

OLD LYME — On Saturday, May 14, at 4 p.m., Saint Ann’s Episcopal Church will present Ekklesia, a contemporary dance company. The new church entrance terrace and scenic lawn will form a natural backdrop for this experience.

In their piece “Body and Land”, dancers will move through the four seasons using the music of Vivaldi and composer Simonelli with words from poet Blankson. This work uses the arts to embody the challenges our modern earth faces from climate change.

“Saint Ann’s has been named a Level 2 Green House of Worship by the Connecticut Interreligious Eco-Justice Network,” explains The Rev. Dr. Anita Schell. “That’s why it’s so fitting we welcome Old Lyme and all our neighbors to experience Ekklesia’s moving message.”

The suggested donation for this production is $15.00.

LYME — The Hamburg Fair Association in cooperation with the Lyme Public Hall presents a spring music concert featuring “John Brown and the Backporch Pickers” band on Saturday evening,  May 14, from 6 to 8:30 p.m. in the ring at the Fairgrounds. 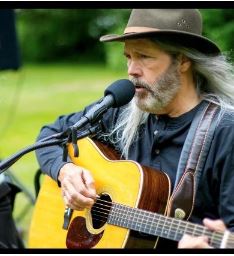 The band, known for its well-blended mix of traditional country, classic rock, and heartfelt originals that reflect the trials and tribulations of life is sure to entertain those of all ages.

Grab your folding chairs or blanket and pack your families and friends in your car, truck, or SUV to join us for a night of great music!

Admission is $30.00 per carload and proceeds benefit the 2022 Hamburg Fair.

Hotdogs, hamburgers, and soda/water will be available for sale onsite.

Only the Moderna vaccine will be available at these clinics, for individuals 18 years or older who need a 1st or 2nd dose (primary series) or are eligible for a 1st or 2nd booster dose.

For a complete list of community clinics including those where vaccinations are available for people younger than 18, visit LLHD.org. 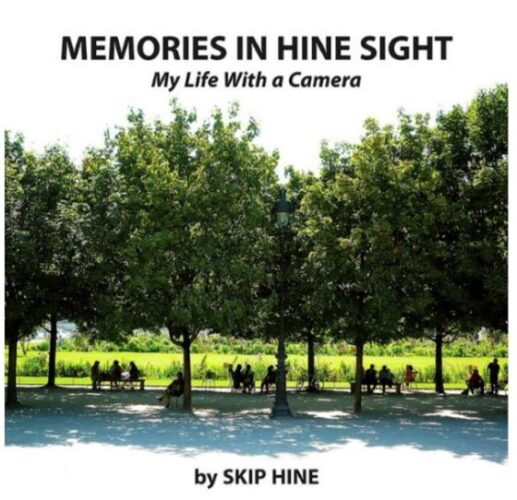 LYME — On Saturday, May 21, Lyme Public Library hosts acclaimed photographer Skip Hine from 2 to 3 p.m. to discuss his new book Memories in Hine Sight: My Life with a Camera.

Hine’s free presentation will include examples of his photographs and the fascinating stories that went into taking them.

With over 45 years of experience, this artist/author has traveled around the world photographing breathtaking landscapes, and taking portraits of some of the most famous celebrities, athletes and politicians in the world.

Register at this link for a unique “behind the lens” tour of life through the eyes of this award-winning photographer. There are only 30 places available for this talk, so register asap!

Only the Moderna vaccine will be available at these clinics, for individuals 18 years or older who need a 1st or 2nd dose (primary series) or are eligible for a 1st or 2nd booster dose.

For a complete list of community clinics including those where vaccinations are available for people younger than 18, visit LLHD.org.

OLD LYME — State Rep. Carney (R-23rd) offers residents of Lyme and Old Lyme another opportunity to meet with him on Tuesday, May 24, in Old Saybrook at Acton Library from 5 to 6 p.m.

He will be available to discuss the recently concluded 2022 legislative session and any questions you may have about state issues.

For more information about Tuesday’s Office Hours, visit this link.

Those who are unable to attend but would like to contact Rep. Carney may do so by email at Devin.Carney@housegop.ct.gov.

OLD LYME — The Duck River Garden Club of Old Lyme will hold its monthly meeting and program on Wednesday, May 25, at Memorial Town Hall on Lyme St. in Old Lyme. A community social begins at 6:45 p.m., followed by the program at 7 p.m., which is open to all.

A business meeting for all active members will be held prior to the social, at 6 p.m.

The May program is titled Creating Wildlife Habitat with Native Plants, and is presented by Shaun Roche, who is  Visitor Services Manager at the Stewart B. McKinney National Wildlife Refuge in Westbrook, Conn. 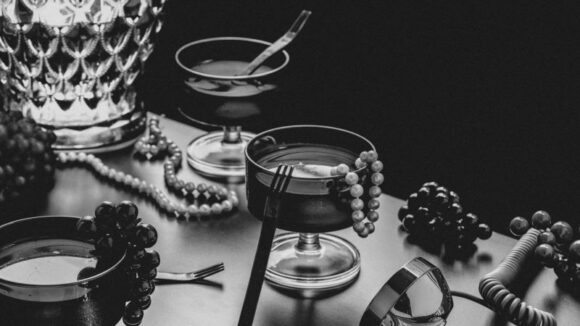 OLD LYME — On Thursday, May 26, from 6 to 9 p.m., the Lyme-Old Lyme Schools Friends of Music (FOM) will host a Great Gatsby Gala at the Old Lyme Inn.

This scholarship fundraising event is sure to be an enjoyable evening, with plenty of food/drinks, and  entertainment. 1920s attire is strictly optional, but encouraged at the themed cocktail party.

There will also be an extensive Silent Auction, including wonderful gift baskets, gift certificates from local businesses for dining, goods, and luxury experiences; plus one of a kind artwork and antiques.

Tickets are $50/person. All are welcome. Seats are limited so prompt reservations are recommended.

Visit this link to buy your tickets online and/or to donate.

Friends of Music is a 501 (c)(3) nonprofit organization. Donations are tax deductible.

Vigil to be Held Sunday, May 29, 5 p.m. on Steps of First Congregational Church of Old Lyme

OLD LYME, CT – The First Congregational Church of Old Lyme (FCCOL) and the Lyme-Old Lyme Partnership for Social Justice announced Friday, May 27, that the organizations would hold a bell-ringing vigil and call to action on Sunday, May 29.

The vigil will be held on the front steps of the church starting at 5 p.m.

The bell in the church steeple will be rung 32 times – once for each of the victims of the recent mass shootings in Buffalo, N.Y., Laguna Woods, Calif., and Uvalde, Texas.

The community is invited to attend.

Speakers at the vigil are expected to include:

In announcing the community vigil, Jungkeit said, “In the past, small New England villages like ours used bells as a way to call people out of their homes to mark times of worship, celebration and mourning. We are invoking that tradition again on Sunday, calling the  entire community to come join us as we remember the 32 individuals who lost their lives to the recent gun violence in Buffalo, N.Y., Laguna Woods, Calif., and Uvalde, Texas.”

Jungkeit continued, “It’s an opportunity to come together and grieve as a community – to voice our shared desire  for a society where we protect people, not guns, and where horrific killings like this no longer happen.”

In Traces of the Trade, film producer Katrina Browne tells the story of her forebears — the deWolf family, the largest slave-trading family in U.S. history. The film follows Browne and nine family members as they retrace the triangle trade and begin to think about how to address legacies of racial violence and the meaning of reconciliation.

Dain and Constance Perry, who traveled on the pilgrimage, will lead a discussion following a showing of the film.

The deWolf family’s role in the slave trade started in Old Lyme, where sawmill owner and carpenter Edward deWolf enslaved Mingo before 1704.

Today, a Witness Stone placed at the Sill Lane green remembers Mingo’s contributions to the development of the early town.

Constance R. Perry is a national consultant working in economically disadvantaged communities and specializing in workforce and community development. For more than 20 years, she managed, designed, and implemented programs for at-risk youth and adults at the municipal, state, and national level.

Born and raised in Boston, she is a descendant of enslaved laborers in North Carolina.

Prior to joining NMFN he was deputy director of the Massachusetts Council on Crime and Correction, and Acting Director of the Crime and Justice Foundation, both private non-profit community groups which promoted reform in the criminal justice system. He attended the U S Naval Academy.