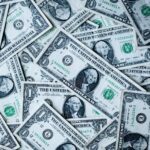 This meeting will consider and act upon the following single agenda item:

Copies of the proposed ARPA disbursements are available in the Town Clerk’s office and on the Town of Old Lyme website.

• Reserving up to $20,000 to cover fees by an independent consultant retained to administer the Economic Recovery Grant applications (this expenditure was approved by the Town in its 3/21/22 Town Meeting)

• Reserving up to $20,000 in legal, outreach, and administrative costs associated with the survey and application, and granting processes.

Read the full details of all the proposed beneficiaries/projects at this link.

OLD LYME — The Old Lyme Board of Selectmen has called a Special Town Meeting on Thursday, July 28, at 7:30 p.m. in the Meeting Hall at the Old Lyme Memorial Town Hall, 52 Lyme Street, Old Lyme, Conn.

This meeting will be conducted in person only.

The agenda for this meeting is as follows:

RESOLUTION: Be it resolved that the Town of Old Lyme, CT grants the request by The Point O’Woods Association, Incorporated (POW) that the Town of Old Lyme (Town), for purposes of Connecticut General Statutes §7-372 only, consents to POW issuing bonds pledging the security of POW in the amount of up to $820,000.00 for the purpose of restoration and rebuilding of the boat basin bulkhead.

POW is a separate taxing district situated within the limits of the Town of Old Lyme. The Town is not liable at law for any debt of such a district, and its consent to this bond issue does not and cannot be interpreted to mean that the Town is now assuming or shall ever have any obligation to assume any or all of the obligations to be created by the bond issue.

Copies of a brief description of the project proposed by POW are available in the Old Lyme Town Clerk’s office and online here.

After the Pledge of Allegiance, there are only two items on the agenda and since it is a Special Meeting, no changes or addition to the agenda can be made.

The first agenda item is the continuation of the Public Hearing regarding the application by Keystone Capital Corporation for the resubdivision of 16 Neck Rd. into nine lots.

The second item, assuming the Public Hearing is closed, is for members of the board to discuss and then possibly vote on the proposal.

The land at 16 Neck Rd. is the same area where the HOPE Partnership endeavored to secure approval for a 37-unit Affordable Housing development back in 2018, which became a highly controversial topic in the community.

The new proposal is for a gated community of nine building lots.

Both the OL Open Space Commission and the Connecticut River Gateway Commission have submitted letters for consideration at tomorrow’s meeting to the Planning Commission. Both letters can be viewed in full at the links given above.

The Open Space Commission’s letter, signed by its co-chairs Amanda Blair and Evan Griswold, states, “It appears that no open space is indicated on the applicant’s plan and, even if land were set aside, the gated premises to be accessed by private roadway would not afford public access.”

The letter continues, “In accordance with the provisions of C.G.S. § 8-25, when there is not a suitable area within a subdivision and when there are other areas with Town that the Open Space Commission considers more beneficial to be preserved, the Planning Commission may authorize the applicant to pay a fee in lieu of open space of up to 10% of land’s pre-subdivision appraised value.”

These monies would then be used by the Open Space Commission to assist in the purchase other open space properties in the town as they arise. The letter explains, “Although we cannot identify the specific parcels, we will report to you that the Open Space Commission is now actively talking to or considering approaching the owners of at least four properties in Town for acquisition.”

Asked about the possibility of the Open Space Commission receiving a fee in lieu of the absence of open space in a building proposal, Griswold responded in a phone conversation with LymeLine that, “This  has happened before,” citing the example of a proposed development on Binney Rd. submitted, “around three years ago.”

He added, however, that a similar previous request by the Open Space Commission regarding a proposed development on Mile Creek Rd. was declined by the Planning Commission on the basis it was, “a family-oriented subdivision.”

In summary the letter says, “The Gateway Commission would recommend such an [Conservation] easement be placed along the banks of the Connecticut River at the western end of the property.”

It goes on to request that the Planning Commission should, “… use all of the regulatory tools available in its decision-making process to manage the development of the site – at least with respect to the western hillside of the property facing the Connecticut River.”

The letter continues, “Protection of natural areas including mature tree stands is recommended for consideration of open space designation,” noting, “Retention of an attractive and rural community appearance, which would include the treed hillsides of the Connecticut River, should be “one of the most important criteria used in land use decision making”.”

Concluding, “Community Appearance recommendations state visual details including preservation of natural site features and vistas are critical components of the town character Old Lyme is charged with protecting,” the letter notes, “Preserving and maintaining the tree cover on the river-facing side of this property is consistent with these … recommendations.”

Members of the community can address either or both of these issues during the Public Hearing or submit letters or emails to the Old Lyme Land Use Department prior to the meeting.