An Open Letter to President-Elect Biden:

Why do you even want this job?

To the best of my knowledge, you don’t play golf or enjoy tooling around in a golf cart. I feel that, if you did play, you would probably walk the course, anyways. I doubt that you even anticipate weekends and evenings off.

When you communicate with us, please use the spoken word, which appears to be one of your strengths; many Americans don’t tweet. I know that, given your family’s sacrifice, the words “suckers and losers” would never, ever come from your mouth. Further, always be truthful with us; let’s reassign some “fact checkers” to productive research.

Your White House transition doesn’t seem to be moving as fast as it should at this point.

I remember President Obama’s welcome to the then incoming electee just about four years ago. You need to build your team and come up to speed on security issues.

This is a critical time, and if the current president continues to undermine the election result, it could be a dangerous time.

I feel that the current president’s post-loss dystopian behaviors and attempts to discredit voters are embarrassing to the United States.

You have identified that getting the COVID-19 pandemic under control is your highest priority; and you’ve already announced that team. As you certainly know, we recently experienced a pandemic-high 126,000 new COVID cases in a single day, nation-wide. We have surpassed 240,000 dead Americans, and well over 10 million infected. Those numbers are increasing across the country as I write this letter.

You will need to rally the many thousands of recalcitrant and selfish Americans, who have been encouraged by the Executive Branch to ignore the recommendations of scientists, and many governors on how to best control the spread of this disease. Fortunately, there are vaccines on the horizon.

You may be presented, if both the current president and some of your former colleagues in the Senate are successful in invalidating the ACA, with the loss of health insurance by millions of Americans — without any replacement plan.

You need to convince our governing bodies that their zero-sum posturing. (i.e., if you gain, I lose) is destructive to the United States. Of course, you have promised that you will be President for all Americans.

I know that you recall that Majority Leader McConnell demanded in 2010 that Congressional Republicans unite by stifling President Obama on everything, even things Republicans support, saying, “The single most important thing we want to achieve is for President Obama to be a one-term president.” Kind of ironic.

Isn’t he also majority leader for all Americans?

I am comforted that you have been raised with a strong faith and a strong moral code; and that you can rely on those values and your family in times of difficult decision- making.

I am even comforted that Champ and Major will accompany you and the First Lady to the White House.

We are counting on you and your team to return America to its former greatness; to regain our status as a world leader, and as a country that stands by its promises and agreements.

God save the United States of America.

Both Chief Justice John Roberts and Justice Brett Kavanaugh, who sit among the Court’s conservative justices, were again unwilling to strike down the entire law — a Republican goal repeatedly failing in Congress and the courts. This is regardless of the original Law’s now weakened individual mandate, or statutory requirement to purchase health insurance.

The AP estimated that the Law affects 23 million Americans. 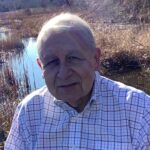