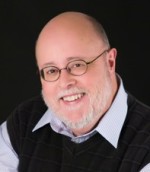 Have you ever flown in a helicopter?

They seem such a glamorous (if expensive) way to travel, by-passing the traffic en route to the airport or sightseeing over rugged terrain.

But do you know that the helicopter had its first flight ever right here in Connecticut, the creation of Russian immigrant and inventor Igor Sikorsky, 80 years ago.

Sure, Leonardo da Vinci made early drawings of a vertical flying machine, but that was in the 1480s.  And kids had been playing with hand-turned, propeller-driven toys for centuries before that.

Sikorsky drew his earliest concept drawings of a helicopter years before the Wright brothers ever flew at Kitty Hawk.  But when he fled Russia with his family, it was fixed-wing aircraft that gave Sikorsky his start in aviation.

At the age of 21 he designed his first airplane, the S-1, a single-engine pusher biplane. Twenty-three designs later he built the S-42 flying boat, made famous by Pan American as “The Flying Clipper”.  The four-engined craft had a range of 1200 miles carrying 37 passengers by day or 14 by night in berths, cruising at 170 mph.

Even as Pan Am was opening literally over-seas markets, Sikorsky was still working on his dreams of a helicopter.  At his plant in Stratford his VS-300 made its first flight, albeit tied to the ground, in September of 1939.

A 1942 version, the Sikorsky R-4, became the first mass-produced helicopter, quickly adopted by the armed forces of the US and UK. It had only one crew member, could carry just 500 pounds, but had a range of 130 miles flying 65 mph at up to 8000 feet.

Flash forward to the present and Sikorsky’s old company, now part of Lockheed Martin, still produces helicopters. Sikorsky’s successor companies, then part of United Aircraft Corp, even designed the short-lived (1968 -1976) Turbotrain, powered by a Pratt & Whitney turbine “jet engine.”  The train could make the 230-mile New York to Boston run in three hours and 39 minutes.  Today’s Acela can do the same run in no less than 3 hours 55 minutes.

In a competition with the electric-powered Metroliner in 1967, the Turbotrain hit 170 mph, a land-speed record for a gas turbine-powered rail vehicle. Acela does no better than 145 mph.

Today’s modern helicopters come in all sizes and speeds … from the beefy Seahawk SH-3 “Sea King” which can carry five tons over 600 miles at 166 mph … to “personal” helicopters for one person flying 60 miles at 80 mph.

For helicopter fans, New York’s east-side heliports at Wall Street and 34th Street offer the chance to see luxury craft in action, some privately owned, others offering passenger service.  BLADE Helicopters will get you to the Hamptons from midtown in 33 minutes starting at $695 one-way.

In the 1960s, NY Helicopter flew from the NY airports to the top of the Pan Am building. I took that flight once, transferred to an elevator and walked onto a train in Grand Central.  For a while they even choppered to Stamford’s heliport on Canal Street in the South End.

Much has changed in aviation in the last 80 years since Sikorsky’s first helicopter took to the air.  And to think that it all started here in Connecticut.

About the author: Jim Cameron is founder of The Commuter Action Group, and a member of the Darien RTM.  The opinions expressed in this column are only his own. You can reach him at CommuterActionGroup@gmail.com  For a full collection of  “Talking Transportation” columns, visit www.talkingtransportation.blogspot.com