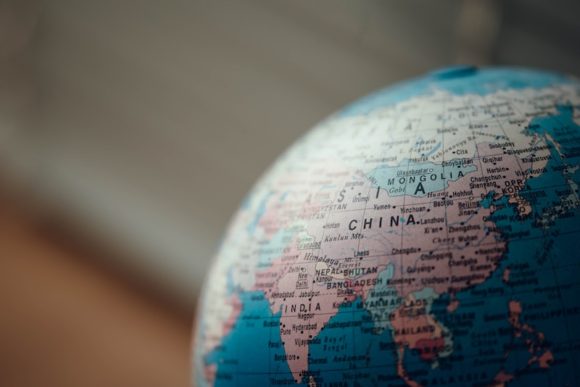 Quiz question #1:  What country has the largest interstate highway system in the world?  Hint:  It’s not the United States.

Quiz question #2:  What country has the most miles of high-speed rail?  Hint:  It’s not France or Japan.

The answer to both questions is … China!

China’s superhighways, most of them built since 1984, now cover almost twice as many miles as the US interstates.  And on the rail side, China’s 15,000 miles of high speed rail represents nearly two-thirds of all such rail in the world.

China’s fast trains travel up to 217 mph, linking Beijing to Shanghai (the distance of New York City to Chicago) in a five-hour run.  Trains carrying 1000 passengers each depart at 10 to 15 minute intervals.  Compare that to Amtrak’s Acela, once an hour, carrying 300 passengers at an average of 70 mph.

Sure, China is big.  Though measured in square miles, the US is slightly larger.  But with a population of 1.34 billion, China is huge compared to the US’s 325 million residents.  That means China has a lot more people to move, and they’re investing accordingly.

China spends over $300 billion annually on transportation.  Compare that to the US Department of Transportation’s $80 billion annual spending on highways, rail and air transport.  No wonder we feel like we’re living in a third world country with crumbling roads and obsolete railroads.

But more importantly, China is also investing abroad.  Chinese money is being invested in 68 countries to build highways, ports and railroads to take its exports to market on what it sees as a 21st century Silk Road.

The country’s “Belt & Road Initiative” has pledged $8 trillion in projects for under-developed countries’ projects where it will be able to conduct trade.  These destinations account for 70 percent of the world’s population, 55 percent of its GNP, and 75 percent of its energy reserves.

There is already a rail link from China to Europe with daily trains carrying electronics and manufactured goods to Europe.  After unloading, those trains return to China filled with food.  A trip that can take a month by sea now links 35 Chinese cities with a like number of European cities in just 15 days by rail.

On the high seas China is also expanding its reach, building a modern fleet of vessels and investing heavily in port operations in Europe and South America. Containers filled with cell-phones sail out from Chinese ports and much-needed oil sails back.  And where Chinese merchant vessels go, so too will its Navy.  While the US fancies itself as policeman to the world, there’s no way we can keep up.

The US merchant marine has only 175 American-owned vessels flying the US flag while 800 others are registered abroad.  The Chinese government-owned COSCO shipping conglomerate owns 1114 vessels, the fourth largest fleet in the world.  And that’s just one company.

President Trump seems headed to an all-out trade war with China, matching them tariff for tariff and Tweeting regularly about how “unfair” the Beijing government has been to us.

Meanwhile, Washington can’t even pass a domestic infrastructure spending bill to patch up our decrepit roads and rails.  To my thinking, we’re not only getting outspent by China, but clearly out-smarted.  Transportation is about trade and China is clearly planning for the future while we wallow in the past.

About the author: Jim Cameron is founder of The Commuter Action Group, and a member of the Darien RTM.  The opinions expressed in this column are only his own.  You can reach him at CommuterActionGroup@gmail.com

For a full collection of  “Talking Transportation” columns, visit www.talkingtransportation.blogspot.com