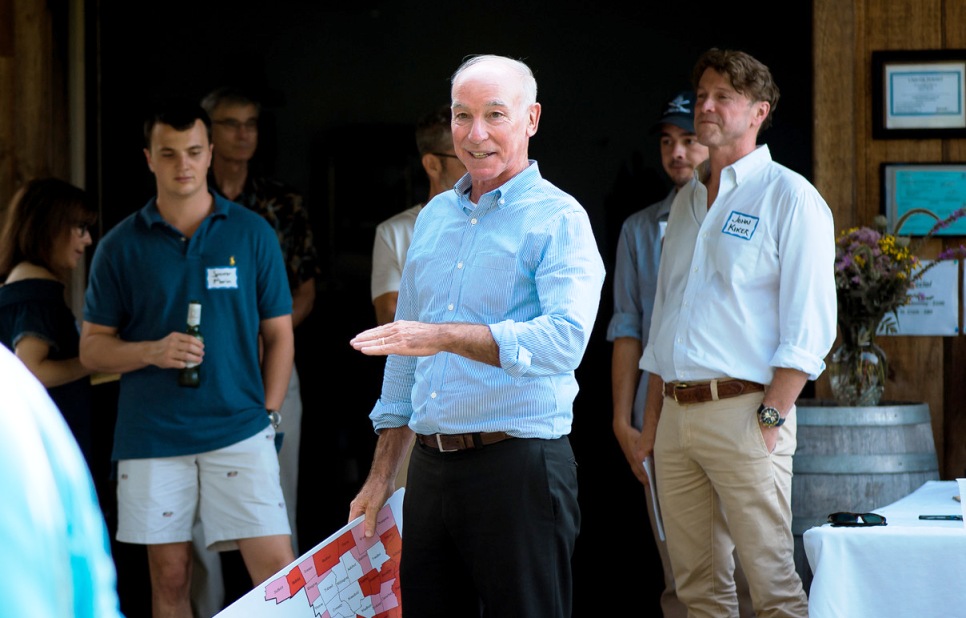 The speakers addressed the need to turn out Democrats for the upcoming municipal elections on Nov. 7 and to more actively engage local Democrats year round in their state and local governments.  Lewis, Mattson and Kiker are all up for election in November in Lyme as, respectively, District 33 probate judge, first selectman and selectman.

Mattson said, “As we move toward this November’s election, I believe this is the message you will hear. Get involved in your town.  Love your town.  That is the reason I agreed to run for first selectman and I know John shares the same objective as he runs for selectman.”

Kiker said he hoped to encourage more residents to actively participate in discussions and decisions that could potentially affect the town – by serving on and attending the meetings of our boards, commissions and committees – so Lyme remains the beautiful, historic community it is.

The Lyme DTC’s mission is to support and strengthen the Democratic Party in the Town of Lyme and the State of Connecticut.  The committee meets on the third Thursday of every month at 7:30 p.m. in the Lyme Town Hall. The meetings are open to the public and all registered Democrats are encouraged to attend.