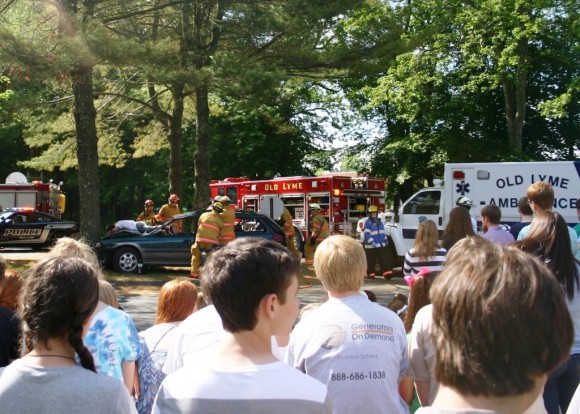 Last Thursday morning, the entire student body of Lyme-Old Lyme High School left their classes to witness an accident.  Gathered in the school’s junior parking lot, they listened intently to a recording of four of their peers supposedly traveling home together from a party in one car.  It became apparent from the conversation that the designated driver had not been entirely faithful to his task and his friends chastised him for swerving as he drove.

Then came a chilling, ear-splitting crash and, in the ensuing silence, you could hear a pin drop.

Members of the Lymes’ Youth Services Bureau youth group pulled back the cover from a car to reveal a car smashed into a tree with the chilling sight of a body splayed across the hood of the wrecked car with a shattered windshield.

The driver emerged from the vehicle, stumbled around, checked for signs of life in his friends and then made a desperate call to 911. 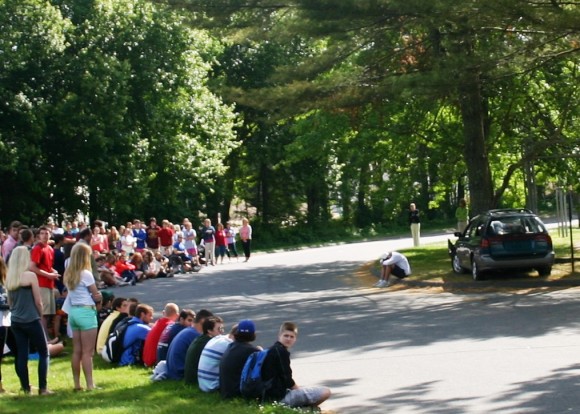 First the Old Lyme Police arrived and quickly determined that the youngster had gone through the windshield was ‘deceased’ and the the two girls in the back were both ‘seriously injured.’

The driver was taken away by the police.

Old Lyme fire-trucks and ambulances arrived to set about the grisly task of extricating the girls. 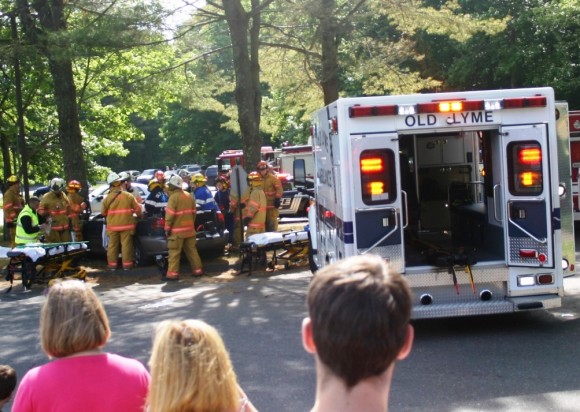 Each girl was treated and then carefully placed on a stretcher … 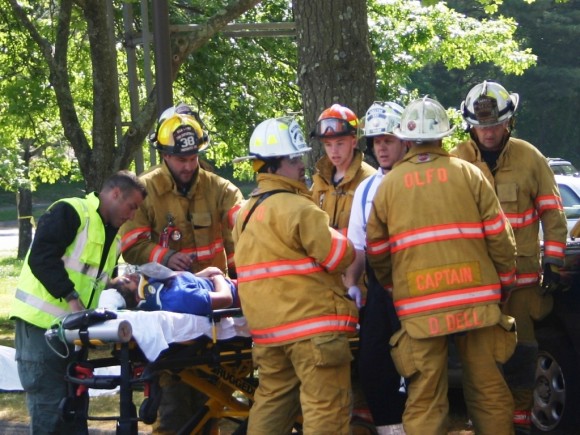 … and then wheeled to a waiting ambulance. 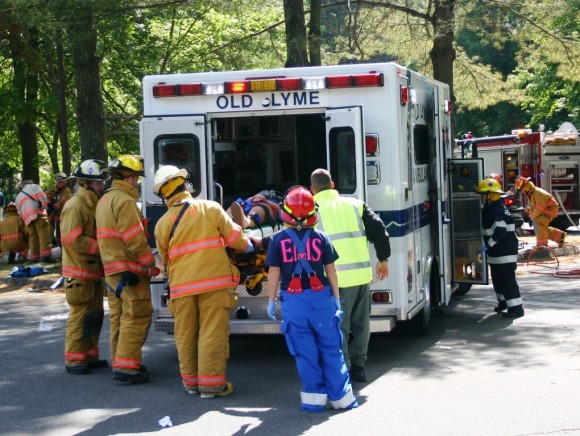 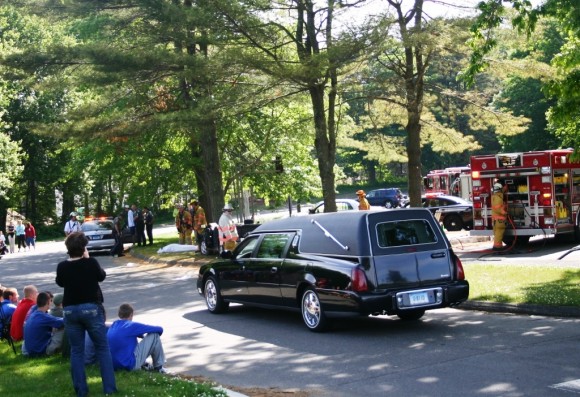 … who was taken away in a body bag. 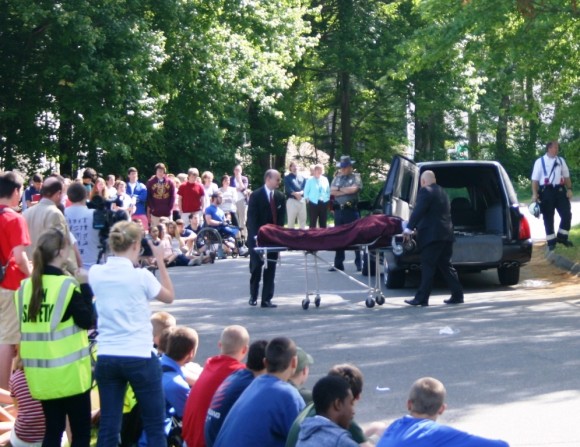 Not a sound was uttered by any of the watching high school students and, after the shock of the accident, the program continued in the high school auditorium where a grieving mother gave a eulogy for her ‘deceased’ son and a representative from Mothers Against Drunk Driving, who had lost her own child to a drunk driver, spoke to the students.

The program was organized by LYSB in an effort to demonstrate the harsh and sometimes fatal realities of drinking and driving.  LYSB Executive Director Mary Seidner explained that they carry it out every four years at the high school so that each student sees it once.  She said passionately, “It’s an enormous undertaking and requires tremendous cooperation and support from the Old Lyme Emergency Services, which we greatly appreciate, but if it saves just one life, it’s all worth it.”

Seidner continued, “All the research shows that the program, which is employed nationwide, really does make an impact on kids.  My sincere thanks go to Missy Garvin (Youth Service Coordinator at LYSB) who pulled together the whole event for us and all the students who participated in so many different ways.”